More than 50 Yachts for Charter in the South of France.

This area of the South of France is called the French Riviera. It’s a boating paradise. The Mediterranean coastline offers sheltered bays, anchorages, marinas and pristine waters for Charter Yachts and holidaymakers. For example, in the Lerin Islands or Bay d’Agay, you can drop anchor and enjoy beach time from your yacht. It is also tempting to go ashore and sample the delights of the local area. 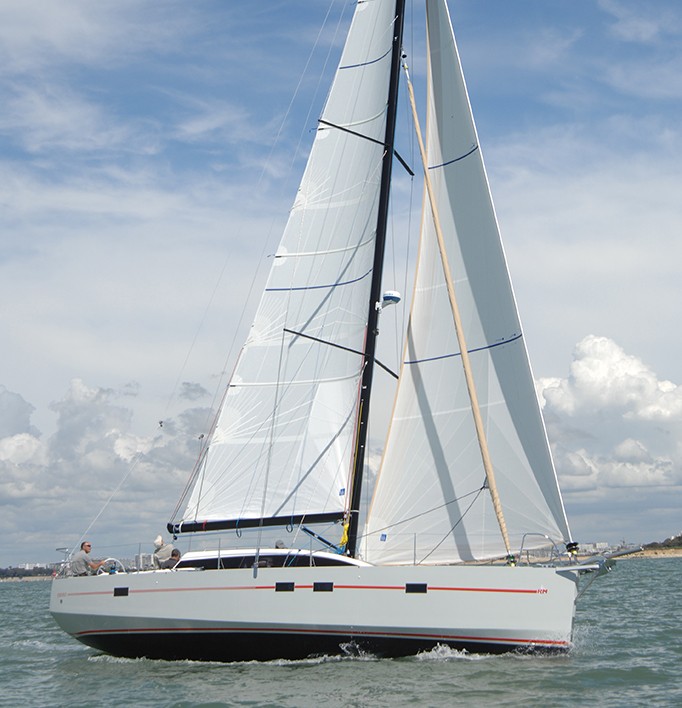 The is the classic part of the South of France. The riviera coast offers breath-taking beauty. There are picturesque Mediterranean towns such as Villefranche Sur Mer, Cap Ferrat, Roquebrune-Cap Martin, Cap d’Ail or the medieval village of Èze.

Nice has had a recent refurbishment to restore its historic downtown area. This bustling city is a “must-see place”. There are galleries, boutiques and museums dotted along the Promenade des Anglais. Additional places to see are Vieux Nice and Château Hill and port, built to fortify the city against invaders from the sea. The Grand Opera House plus a swathe of the elegant turn of the century hotels such as the Hôtel Negresco give good examples of the extravagance of “La belle époque” in Southern France.

Villefranche-sur-Mer is adjacent to Nice. The town has pretty squares, cathedrals, and cobblestoned streets in the Vieille Ville or ‘old town’. The waterfront frames the South of France’s long sandy beaches.

Menton sits on the clifftop and runs at a genteel, sedate pace, basking in its beautiful setting. Additionally, people consider the town to be the most Italian of the villages on the Riviera. Around the area is an abundance of lemon groves, manicured gardens and majestic palm trees overlooking the Mediterranean bay below.

The medieval village of Eze is just a 2.5km drive south of Monaco. This rustic town appears to cling to the edge of a cliff. From here, you will have unmatched views of the Mediterranean. The village has charming stone garrets with colourful window boxes, shady squares, ancient fountains and proudly restored ancient monuments.

Monaco is the epicentre of luxury yachting. The Monaco Yacht Show is held here each year in September. The gardens, museums, marinas, beautiful people, celebrated streetscapes and a unique Mediterranean way of life – This area deserves the title of “The Jewel in the Crown of the Riviera”.

There is always something going on in Monaco – such as the Formula 1 race each year. If you book far ahead, this is an excellent opportunity to charter a yacht and enjoy a seaside view of one this spectacular event from the flybridge of your superyacht, docked meters from the track.

Monaco also hosts numerous exhibitions, festivals, shows and product launches. The Casino de Monte Carlo was one of the world’s first major casinos. Furthermore, the Prince’s Palace of Monaco and the Oceanographic Museum are very enjoyable to visit. The two major ports in the area are Port Hercules and Port de Fontvieille.

Along the Mediterranean coast, towns such as Mougins, Biot, and Vallauris are famous as the meeting ground of the 20th-century’s great artists, sculptors, authors and philosophers. Renoir, Picasso, Monet, and Rodin, together with many other legendary talents, gathered in this area. They liked the views, the light, the Mediterranean sea breeze and the free and relaxed lifestyle.

Nestling in between Nice and Cannes, the town of Antibes retains its old-world charm. The twin medieval towers guard this gorgeous town. Vieille Antibes (the old Mediterranean town) is notable for its charming cobble-stoned streets.

Close by is Cap d’Antibes, one of the most exclusive areas on the French Riviera. Additionally, Juan les Pins is where Scott Fitzgerald, Rudolf Valentino, Charlie Chaplin, and Douglas Fairbanks spent their summers in the 1920s and 1930s. In fact, they say that water skiing was invented right here during that era.

The Boulevard de la Croisette is an ideal place to stroll along and take in the seafront view. Famous for the annual “Cannes Film Festival”, you may bump into a few celebrities if you visit during May.

The small archipelago of Iles de Lérins is just off the coast. There are two inhabited islands; Sainte-Marguerite and Saint-Honorat. Ile Sainte Marguerite is better-known because of its lovely pine and eucalyptus forests. There are enjoyable walking trails that criss-cross the island. The port offers charming cafés. Additionally, you can walk to Fort Royal. This is the prison where the “Man in the Iron Mask” spent his last days. Charter yachts often anchor between the two islands in a protected passage called the Plateau du Milieu.

Other pages that you might want to visit on our site. Home page European Yacht Charters North And South America