Empuriabrava has the largest, non-commercial marina in the world. It boasts 24 km of canals and 5,000 private pontoons in the Gulf of Roses, in the Costa Brava.

There’s nothing authentically Catalan about Empuriabrava as it is only around fifty years old. If you are looking for a Spanish town where you stroll along picturesque streets and eat traditional tapas and mingle with the locals, it might not be for you. But, if you like luxurious surroundings and spectacular panoramic views, you have come to the right place. 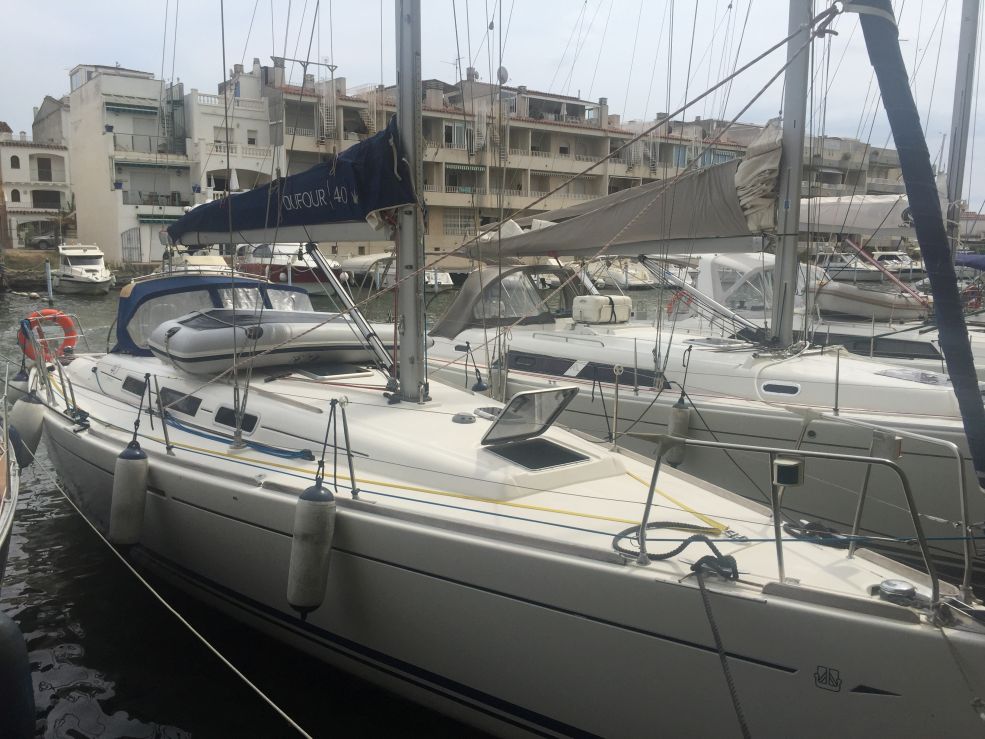 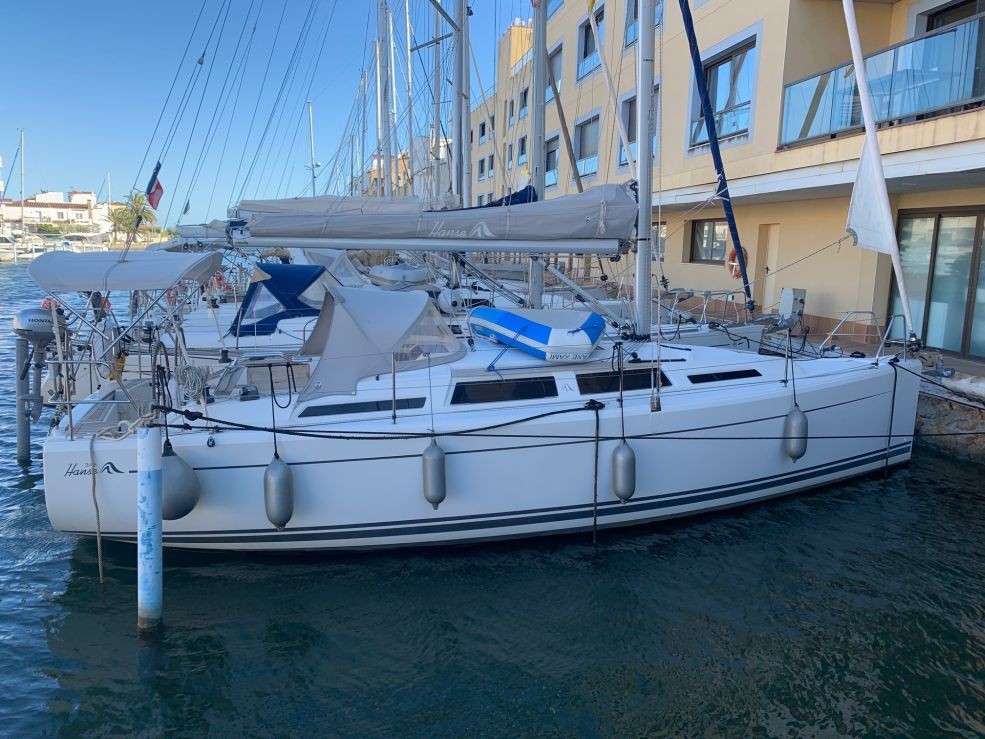 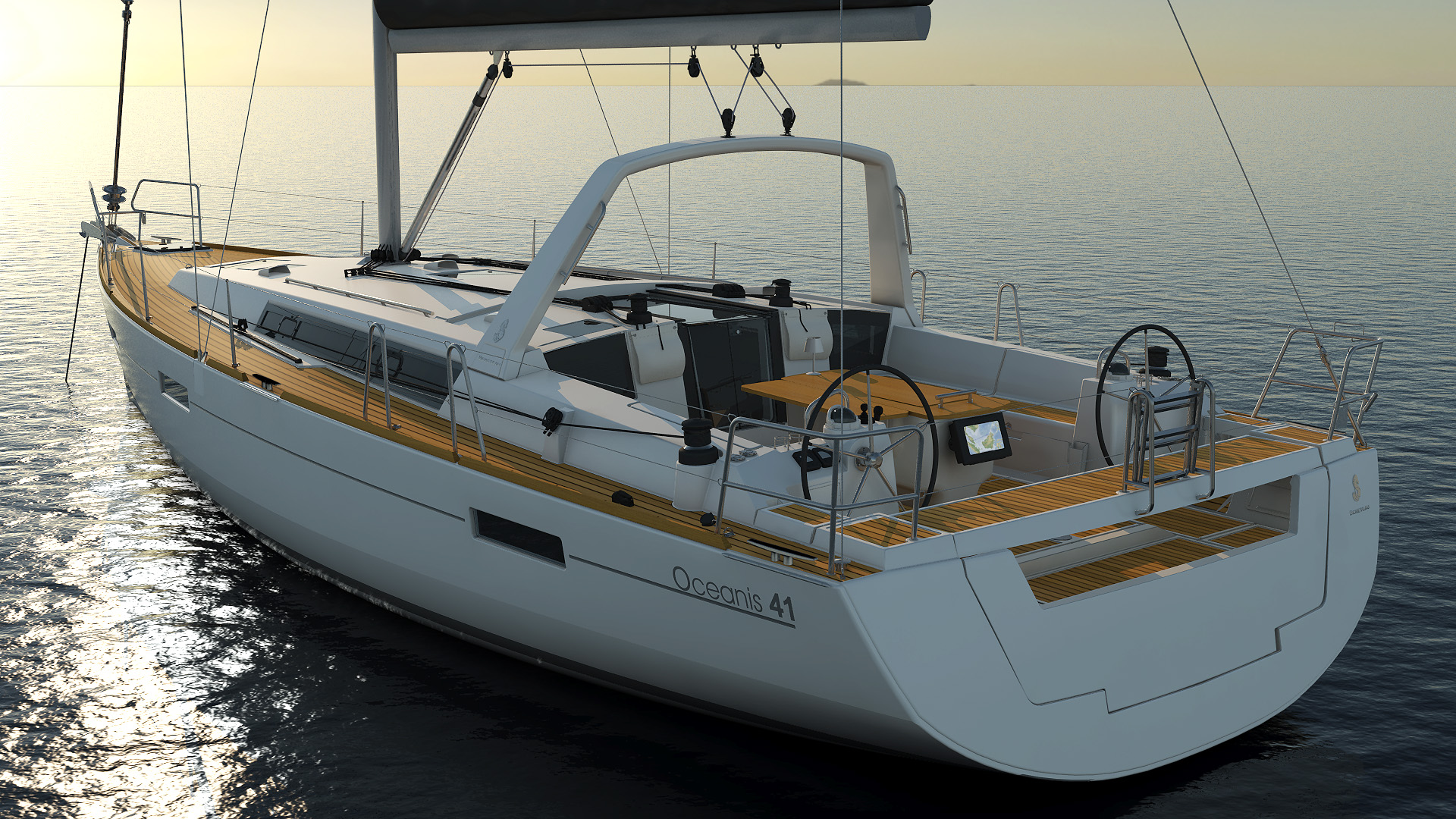 The town of Empuriabrava is a modern and upmarket, as it was designed to be.
There is a vibrant nightlife with bars, discos, and a range of excellent restaurants. This is a very sought-after vacation location for both Catalan and other Spanish visitors. Additionally, it is very popular with German and French holidaymakers. Notably, the French border is 40km away. However, the population in the summer tends to be as multinational as anywhere else in Europe. Surprisingly, the town is home to only about 7,800 residents. Nonetheless, in the summer, the population swells to nearly 80,000 people.

Platja Empuriabrava is an excellent holiday beach. The 1.5 km of sand runs to around 100 meters wide. There are plenty of watersports on offers, such as sailing, windsurfing, and para-skiing. Fishing and diving are also popular. Pretty much anything connected with having fun with a boat or a yacht on the water is available here. Many visitors charter yachts or motorboats here. There are also canal boat tours if you want to take it easy.

Additionally, there is fantastic skydiving. Europe’s most famous skydiving school is just north of the town, considered to be one of the best in the world.

The city provides an ideal base from which to explore the Parc Natural dels Aiguamolls de l’Empordà. This is a beautiful nature reserve which surrounds the area. Groups of tourists come here specifically to enjoy the different levels of bicycle and hiking routes.

There are only thirteen or so hotels in Empuriabrava. So, most tourists stay in apartments, holiday homes or villas, as well as on camping sites in the immediate area. Just like the villas, the self-catering apartments in this town generally also reach high standards of luxury. Many holiday property owners rent out their second homes for part of the year. There are plenty of visitors during the height of the summer season, but the low season also attracts tourists.

Expect daytime highs of 25°C in July and September, and perhaps up to 28°C in July and August. Spring and autumn can suffer from the effect of strong winds bringing cold air coming down from the nearby mountains.

How did the new town develop?

In December 1964, a company called Eurobrava SA (later renamed Empuriabrava SA) came up with a plan to create an international flying club, along with a residential community. Three entrepreneurs owned the company, one of whom was the owner of four of the five large farms in the region.

They formally presented the project plan to the town hall of Castelló d’Empuries in June 1966. Eurobrava immediately met with vocal opposition from many of the local, small farm owners.

You do have to remind yourself that 1966 was a different era in terms of town management. Planning committees, zoning maps and environmental protection laws played little or no role in what was actually built… Just imagine this being accepted on a plan nowadays – the building of ‘tall, separate structures’ designed to break up the ‘horizontal monotony’ of the Gulf of Roses! No developer in his right mind would say that kind of thing nowadays because it would never get accepted. But, even back then, the building plan was controversial.

It is small wonder that there was no love lost between the town hall and the developers. This was especially evident when it turned out that, just three months after submitting their plans, the building commenced illegally. Already, roads and canals began to appear.

However, the plan was nonetheless approved in June 1967. This was primarily due to the 1960s Spanish tourism boom. Therefore, everywhere with a decent beach a potential gold mine for summer tourists.

The development company, since named Empuriabrava SA, had cleverly launched an intensive marketing campaign. Their target market were tourists in Germany, France, Belgium and The Netherlands. Local officials and residents initially thought that their district had nothing much to offer holidaymakers. Subsequently, the enthusiastic response to this clever ad campaign opened their eyes to numerous financial opportunities.

The second phase of the project started in 1975. By then, however, the company faced two major problems:

Firstly, the increasing pressure from environmental groups which gained further power during Spain’s transition to democracy. Secondly, the death of Dictator Franco in November 1975 coincided with a quadrupling of oil prices. This played havoc with Spain’s already impoverished economy. As a result, the developers were forced to scale down their plans. For instance, they scrapped the planned construction of a canal designed to reach 18 km inland.

By1980, the project was in crisis. In June that year, control of the Empuriabrava project passed from the developers to management by the town hall of Castelló d’Empuries. The town immediately took steps to improve services and infrastructure and gave new impetus to the suburb’s development.

Nowadays the remaining natural areas north and south of Empuriabrava are environmentally protected land. The Parc Natural dels Aiguamolls de l’Empordà is one of the most enchanting parks in Spain.