A great sailing location away from the more popular tourist spots. Fethiye is a small city in the Aegean region of the Mediterranean and Turkey, home to around 147,000 people. The modern city sits on the site of the ancient town of Telmessos. The Hellenistic Theatre is the best example of the ancient ruins, next to the main quay. 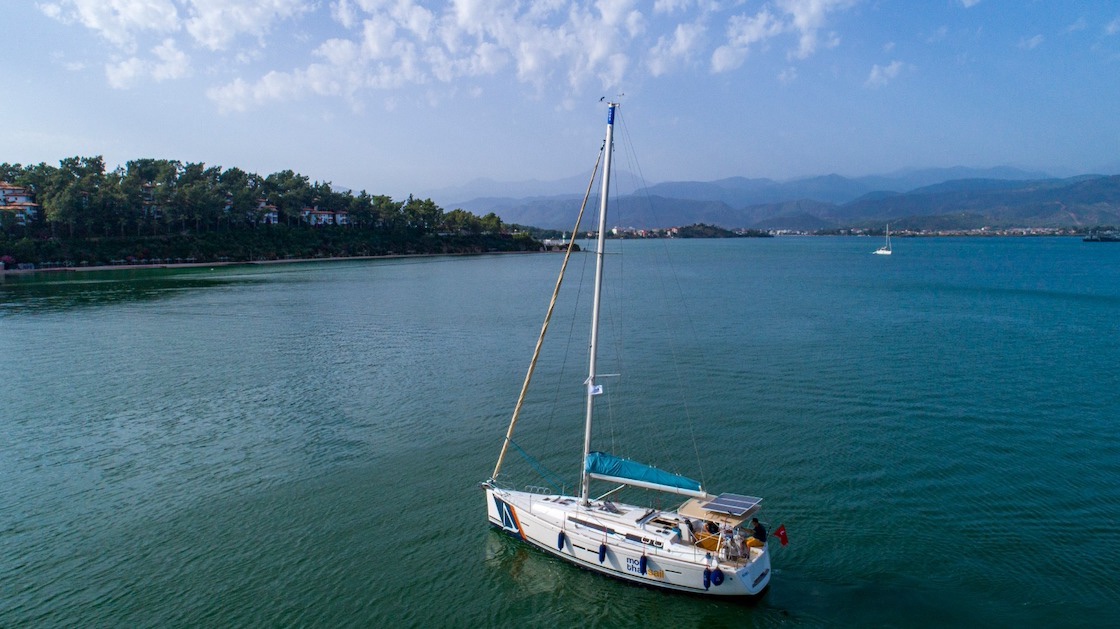 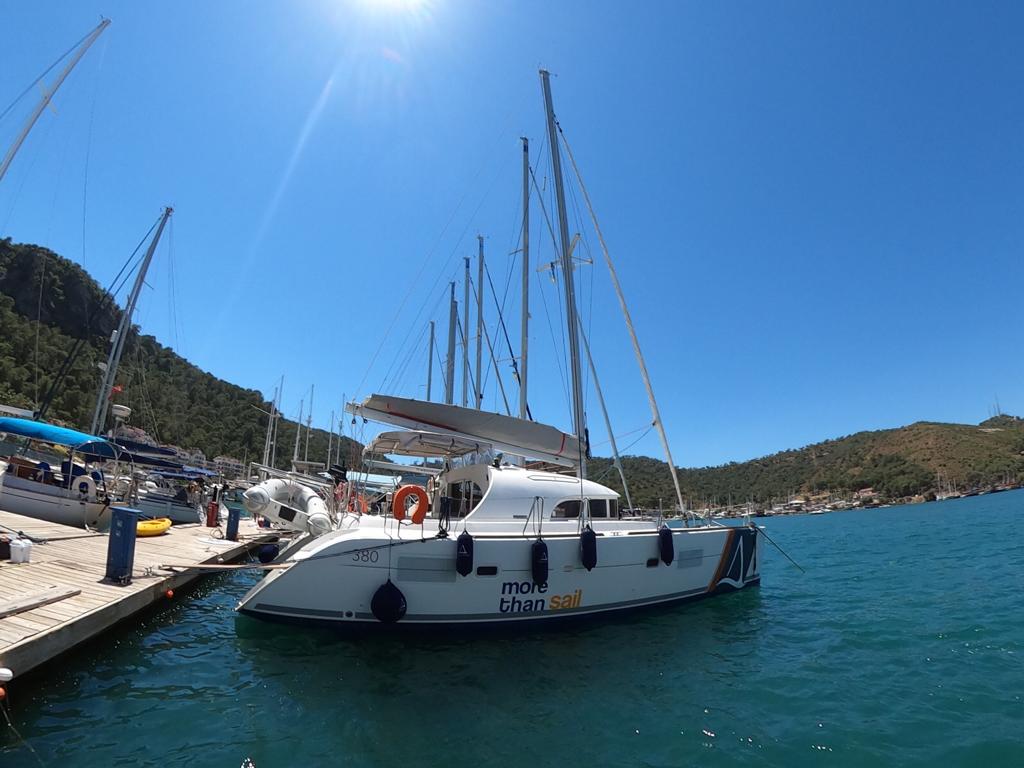 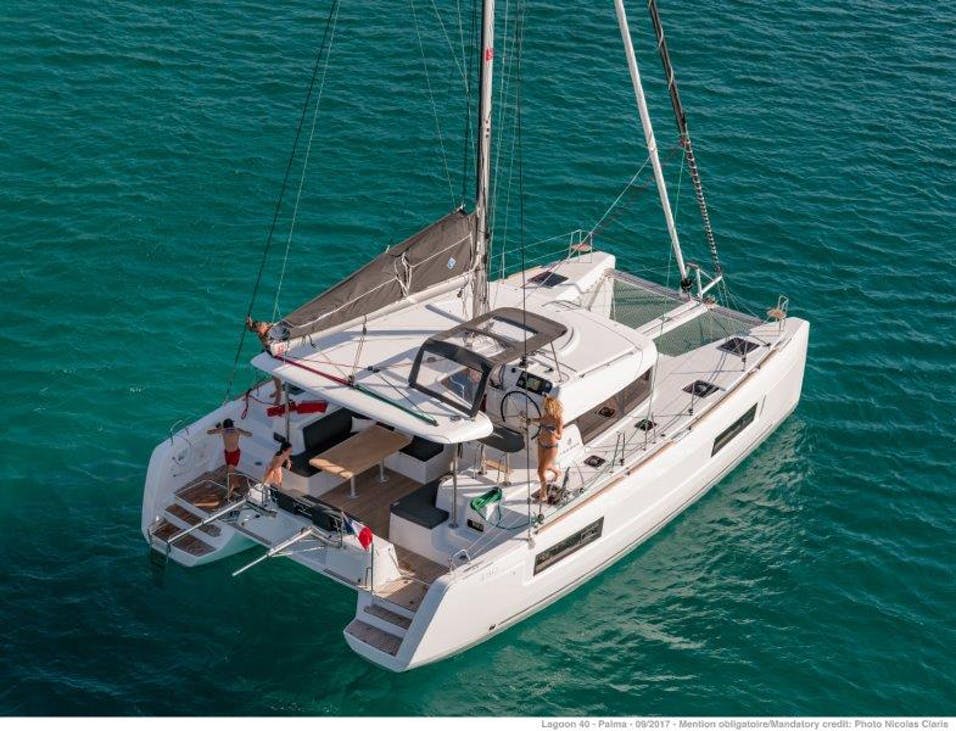 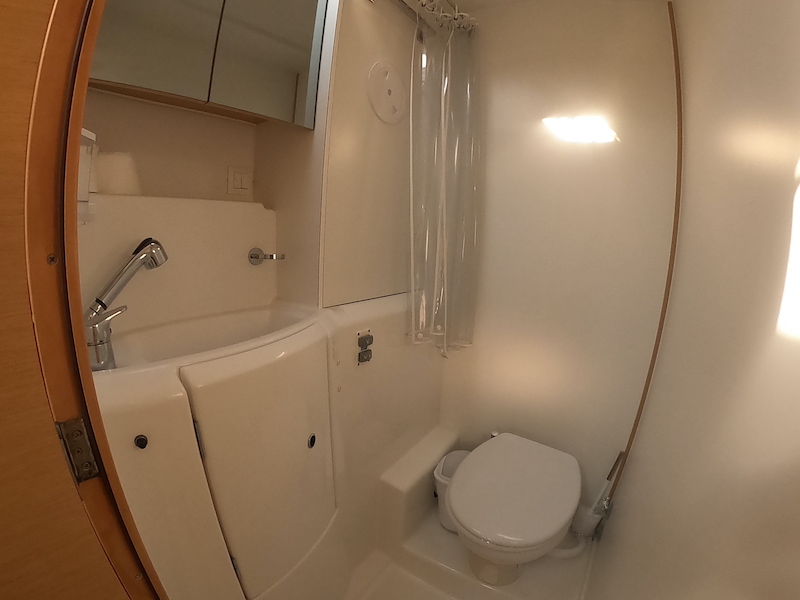 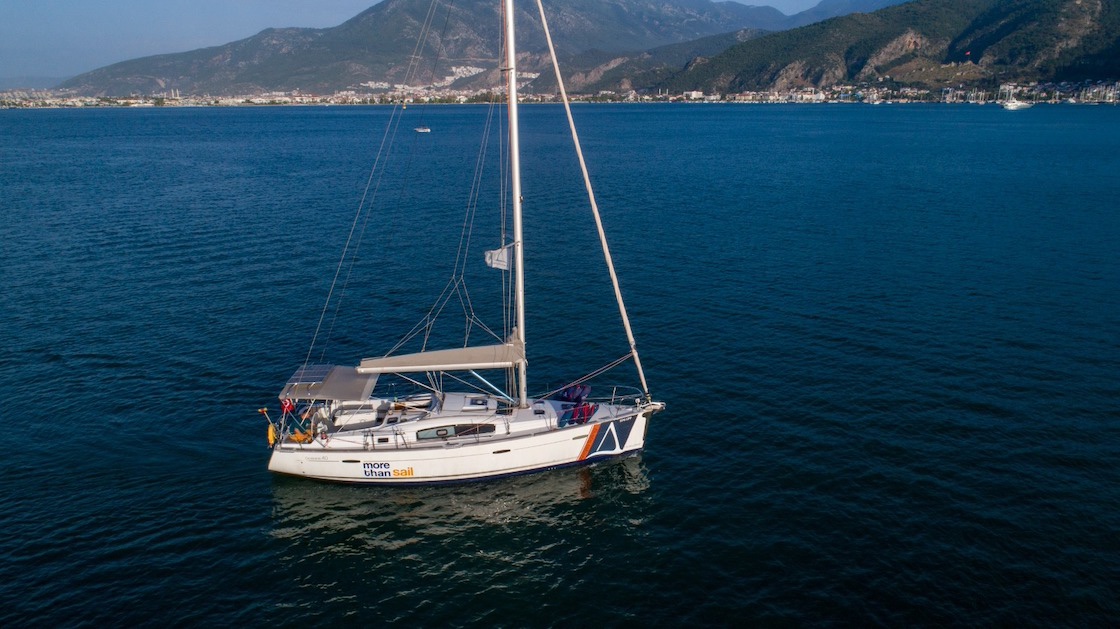 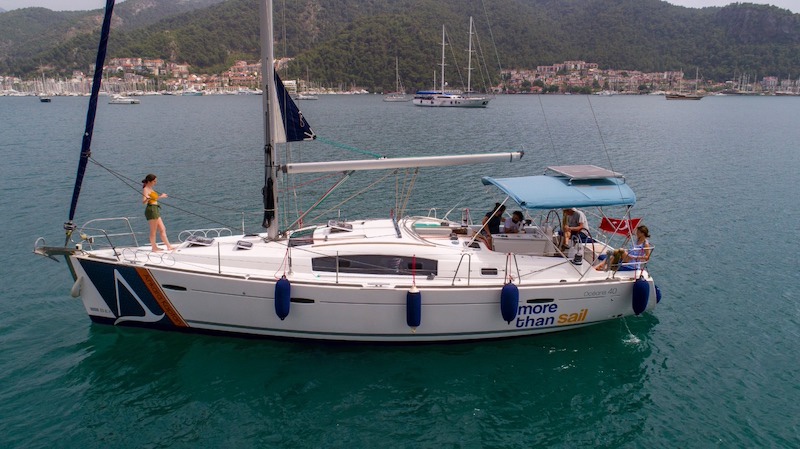 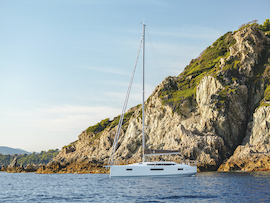 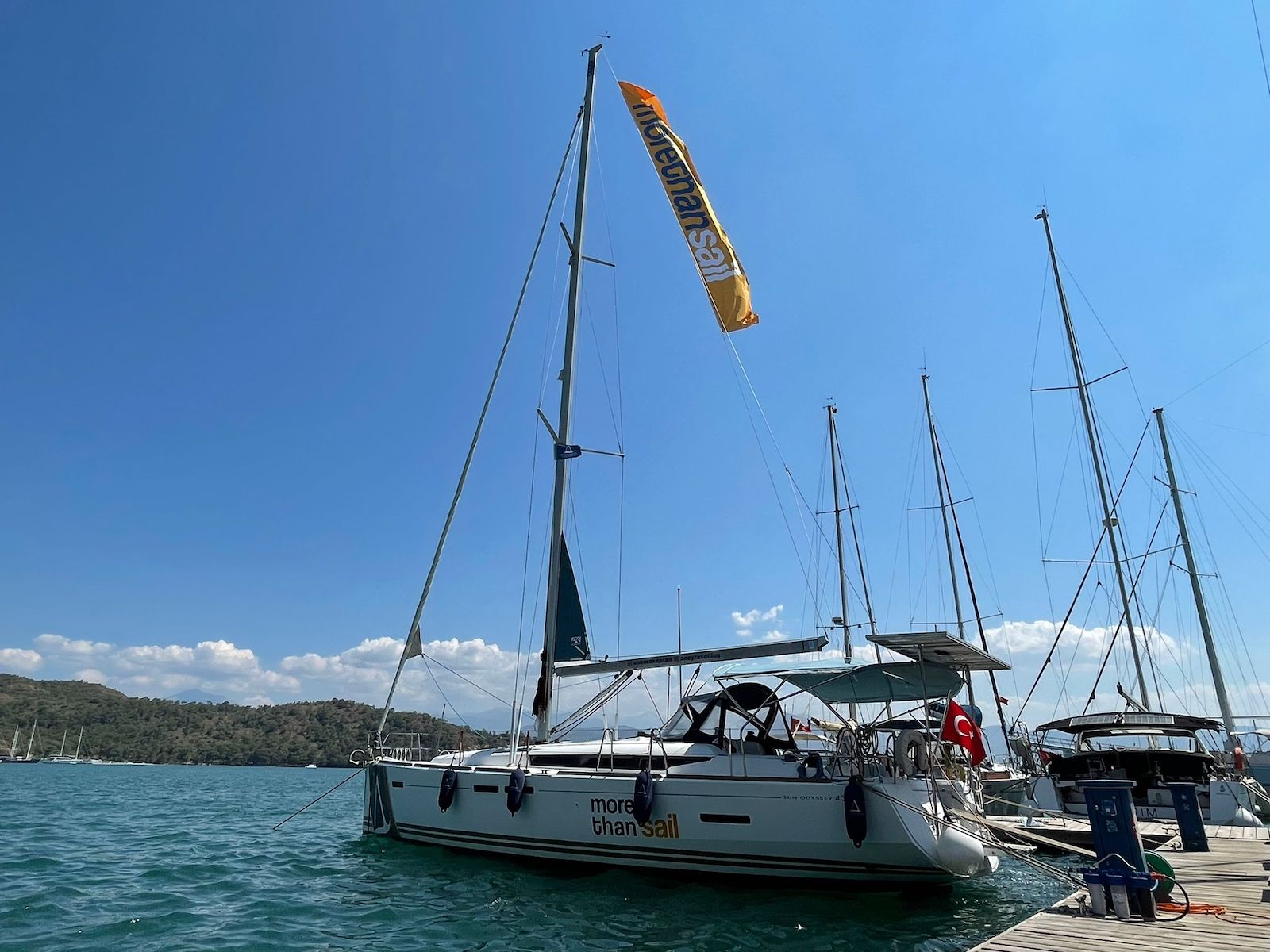 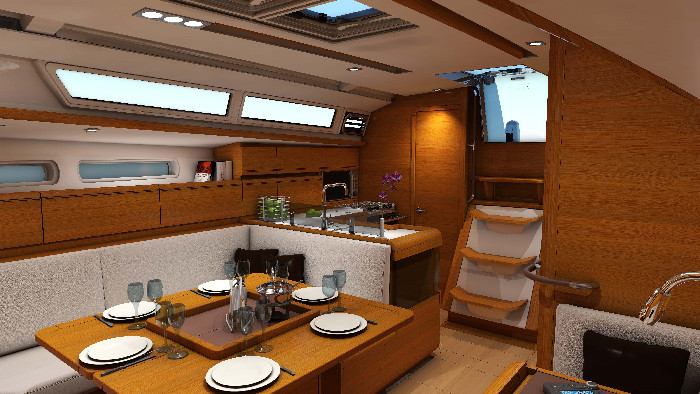 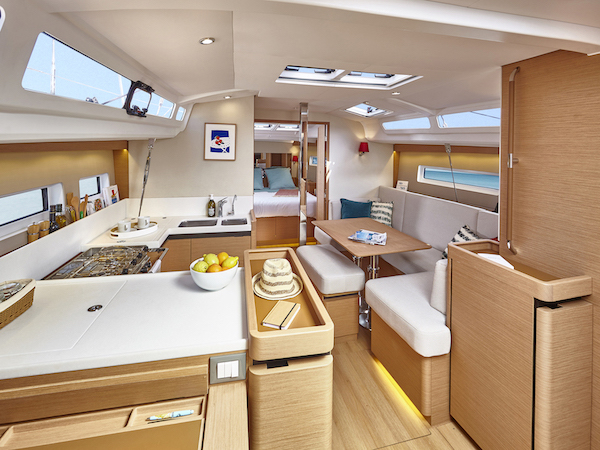 Mediterranean Yacht Charters Fethiye in Turkey offer lots of sailing holiday Charter boats, and yachts are available. If you do not see a great deal on this page, please contact us. We aim to get you the best deals at the lowest prices.

The city became absorbed into the Persian Empire in 547 B.C. However, there is little evidence of the Byzantine’s rule, but a few surviving buildings suggest considerable prosperity. By the 10th-century, the ancient name changed to Makri, meaning “long one”, derived from the island’s name at the harbour entrance. The Mediterranean town of Makri produced perfumes and became a prosperous commercial centre during the 11th-13th centuries. The Turks invaded in 1424, and the city became part of the Ottoman Empire.

By the 19th-century, there was a large Greek population. When Greece and Turkey agreed to a population exchange to settle their troubles, the Greeks in Makri left to found Nea Makri (New Makri) in Greece. Turks resettled in Telmessos. In 1934, the Turkish government renamed the city “Fethiye”. This was in honour of Yüzbaşı Fethi Bey, one of the Ottoman Air Force’s first pilots.

Fethiye has experienced numerous earthquakes. In 1957, there were many casualties and buildings destroyed. Since then, the town’s renovation has included a modern Mediterranean style harbour and marina.

The legend of Apollo

A Lycian legend explains the name “Telmessos”. The legend says that the god Apollo fell in love with the youngest daughter of Agenor, King of Phoenicia. He disguised himself as a small dog to gain the love of the shy, withdrawn princess. He reappeared as a handsome man, whom she agreed to marry. They name their son “Telmessos”, which means “Land of lights”.

What to see in and around Fethiye

Fethiye is a famous Mediterranean tourist centre, especially in the Calis Beach area, especially during the summer months. The city museum is rich in ancient artefacts depicting the various civilisations that existed in this area. The famous Tomb of Amyntas, built-in 350 B.C. by the Lycians, is in Fethiye.

The island of Kızılada is in the Gulf of Fethiye, 6.4 km sail from the city. It is a frequent stopover for charter yachts and boat tours. Alternatively, the excellent sites at Afkule offer exciting diving opportunities. Kızılada has a lighthouse on the island which houses a hostel and a seafood restaurant- for a fun and unusual place to stay onshore.