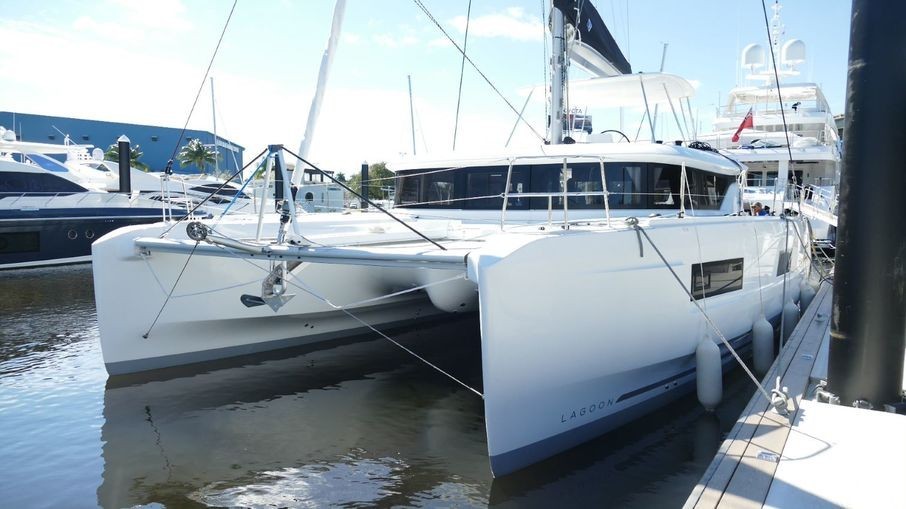 La Rochelle benefits from an excellent position for boating. The Pertuis d’Antioche is the name of the vast stretch of water where the town is situated.

La Rochelle has four harbours. The Vieux Port and the Port Neuf are sports ports. These two ports can accommodate yachts over 50m.

The Port des Minimes is the largest marina on the Atlantic coast and has the Blue Flag label.

Port La Palice has deep waters accessible to ocean-going vessels and liners. It is the only port on the Atlantic coast free of any tidal constraints and can therefore receive ships of more than 200,000 tonnes 24 hours a day. Deepwater access is a considerable asset for its port activity.

La Rochelle has a temperate climate. The town can enjoy a milder and warmer oceanic weather than the rest of the region thank the influence of the Gulf of Stream and the ocean effect. Winters are calm with four days of snow per year moderate rainfall. Summers are hot, but temperatures are moderated by the sea breeze, which a warm wind from the ocean reflected temperatures.

La Rochelle has a rich history. The landscape and architecture are well preserved.

Archaeologist found original traces of the Alains (a fishing people) and Roman villas.

Guillaume V made it a free port in 1130. But the French and the English fought over it during the Hundred Years’ War. The war changed the political regime frequently. After that, the city experienced a period of prosperity, exporting wine, and brandy.

In the 16th century, Calvin’s doctrine arrived, and La Rochelle became one of the leading centres of Protestantism.

Memorable sieges followed: The one of 1573 by the brother of King Charles IX led to a compromise. Then, the siege of 1628, led by Richelieu and immortalised by the city’s heroic resistance. Citizens constructed a 1,500-metre dam to isolate the city from the sea and the English.

The siege ended with the surrender of Richelieu to Louis XIII. The prosperity dynamics continued until the Treaty of Paries in 1763. La Rochelle lost Canada and Louisiana. They were two major export destinations of La Rochelle.

Significant slave activity existed until the end of the 16th century; historians found mentions dating from 1594-1595 informing of the departure of the ship l’Espérance, from La Rochelle to Brazil.

From then on, it was one of the main slave ports in France. The port was at the head of French trading expeditions in the 16th and 17th centuries. Then, Nantes overtook the lead, and finally, it was Bordeaux. Nearly four hundred and twenty-seven slave ships left La Rochelle in the 18th century.

They captured about one hundred and thirty thousand people in Africa, bound for the colonies of America and Santo Domingo. On 26 April 1792, Saint-Jacques was the last slave ship to leave the port of La Rochelle.

La Rochelle attracts nearly 150,000 tourists a year thanks to its fortified town by sea and land. La Rochelle has many defensive monuments. The best known is the medieval towers of the Old Port. The medieval tower guarded the entrance by a chain stretched across the water between two of them. The tower made the city world-famous.

The Saint-Nicolas Tower and the Chain and Lantern Tower are the only remains of the 14th-century medieval enclosure razed to the ground by Richelieu in 1628.

It is also possible to see the Grosse Horloge gate. The Gate guarded the entrance to the merchant city from the Old Port. It is a relic of the medieval ramparts. The Grosse Horloge Gate is also part of the historical port heritage.

The Renaissance and the Classical period have also left their traces, such as the Town Hall and the Chamber of Commerce building – the former Hôtel de la Bourse.

La Rochelle has many museums and an aquarium with many species.

It is a must to visit the Futuroscope of Poitiers at 1h30 drive, with more than 40 futuristic attractions. It is one of the most animated attraction parks in France.

The seawater pools and thalassotherapy centres made the renew of the town The Concurrence Beach opening help the city to become a seaside resort in the 18th century.

La Concurrence is a small urban beach where people come to sunbathe. Here you can enjoy observing the sailing boats entering and leaving the Old Port. Although lifeguards supervised the swimming place, the presence of rocks and pebbles can, however, discourage some people from taking a swim.

Minimes beach is a large and beautiful beach. The beach is ideal for families. It is also a beach for sportsmen and women, with all kinds of water activities: sailing, stand up paddle, kayak, jet ski, towed buoy.

From here you can see on the replica of the Phare du bout du monde (according to Jules Vernes’s story), Fort Boyard (French TV records a TV show here) and the Ré and Oléron islands!

After swimming, you will find many bars and restaurants to enjoy a pancake or a waffle, eat ice cream, or have a drink on the terrace. And for walkers people, there is a walk along the coast to the cliffs of the Pointe des Minimes.